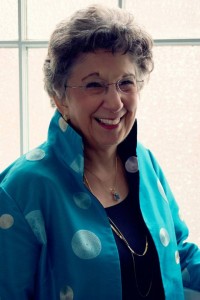 Lynette Monk, the daughter of a long-time Methodist minister and District Superintendent, was born in Lake Charles, Louisiana.Ā  She began organ lessons in the 6th grade and started playing for worship services at the age of 16.Ā  She went on to study music at Centenary College in Shreveport, Louisiana, with the pipe organ as her major instrument.Ā  For forty-plus years, she has served as church organist in every place she has lived in Louisiana, Mississippi and Texas, including Christ Church, where she is a charter member. In addition to her interest in the pipe organ, Mrs.Monk began directing handbell choirs over two decades ago, and she is the founding director of Christ Churchā€™s own Renaissance Ringers.

Lynette married John Monk in 1957, and together they have two children, Kathryn and Steven, both of whom live in Phoenix, Arizona.Ā  The Monks are also the proud grandparents of three.