Within one year of our founding in May, 2010, Christ Congregational Church was already beginning to pray and think about building a permanent home. Â  Those prayers were soon answered, in that the Lord, through the generosity of his people,Â  provided the opportunity in late 2011 for us to acquire, on a cash basis,Â  10 acres of property at the entrance to the Saddle Creek Estate development, as well as an historic pulpit to adorn a future sanctuary there. Â  The property (part of the entrance of which is pictured below) is located off Southwood Drive, about one half mile south of Loop 287 in Lufkin. 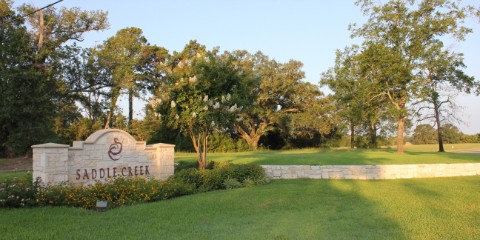 If you would like to see more images of the undeveloped property and the historic, “Christopher Wren” pulpit as it existed in a London warehouse when discovered,Â  as well as scenes and faces from the early days of Christ Church at The Lodge, please click on the following link to see a moving video presentation:

Once property had been acquired, the next few years were mostly about raising the necessary capital to pursue the vision of building on it, but there was also much planning that transpired concerning exactly what to build.Â  Under the leadership of our Board of Trustees, headed by Mr. John Monk, the church agreed on, and then discarded,Â  two preliminary architectural plans developed by the firm of Goodwin-Lasiter-Strong before voting in the Spring of 2014 to accept a third.Â  The church subsequently retained the Kingham Construction Company to build the “Carpenter Gothic” concept depicted below, an homage to historic Congregational churches in the USA, Gothic Revival on the exterior, with a tri-partite Â interior featuring an Entrance Tower/Narthex, Nave and Chancel. 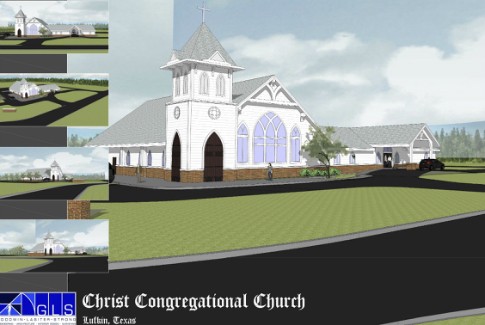 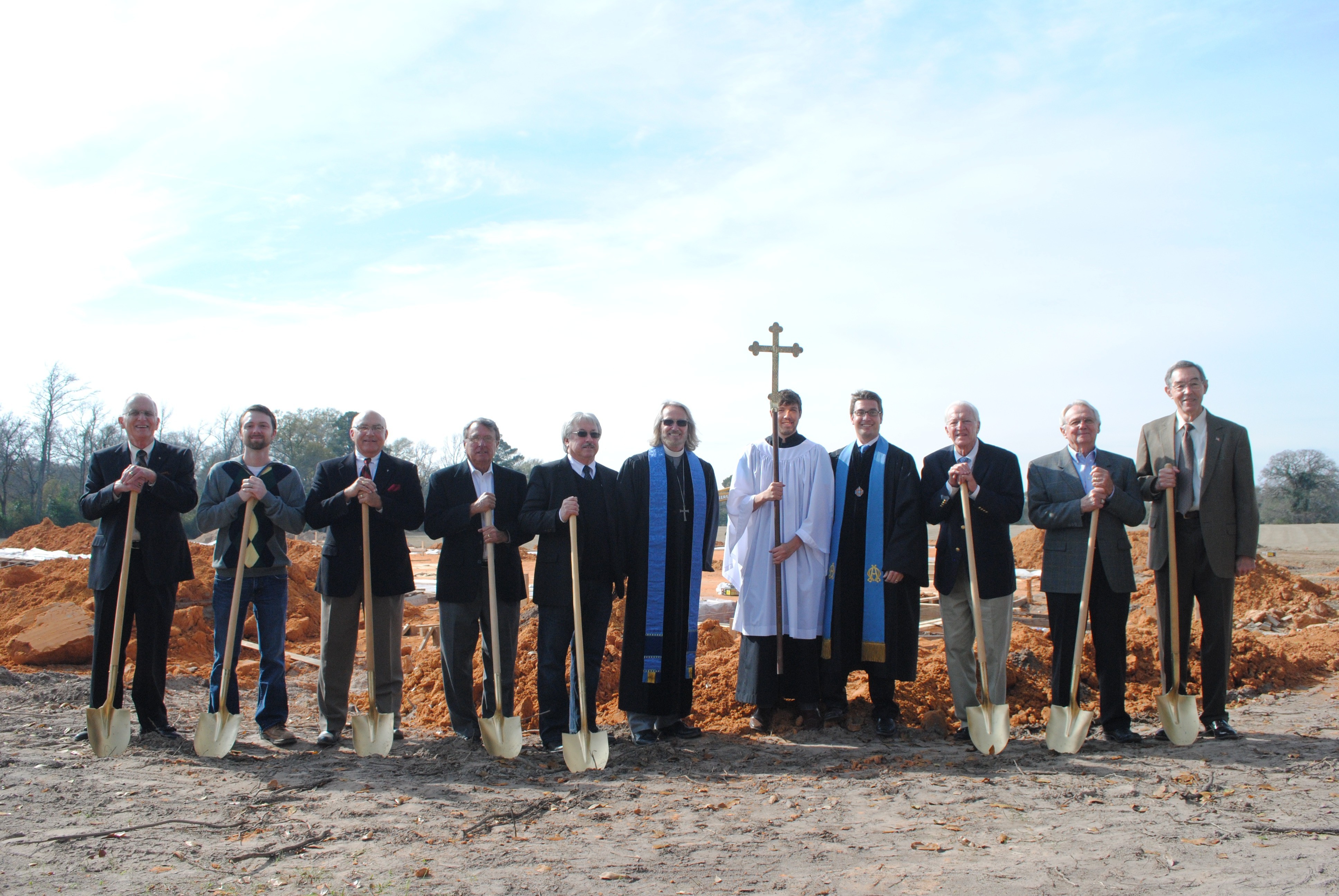 The next few months were a whirlwind of activity, as everyone, including especially, Mr. Gary Alexander, who voluntarily oversaw the day to day construction process for the church,Â  worked hard to reach the completion goal of Fall, 2015.Â  If you would like to see a fun, time-lapse video depiction of the actual construction from the ground up, please click on the following video link:

Finally, the day for which everyone had been waiting arrived!Â  The first worship service was held in the newly constructed Christ Congregational Church at Saddle Creek on October 11, 2015. Soli Deo gloria!